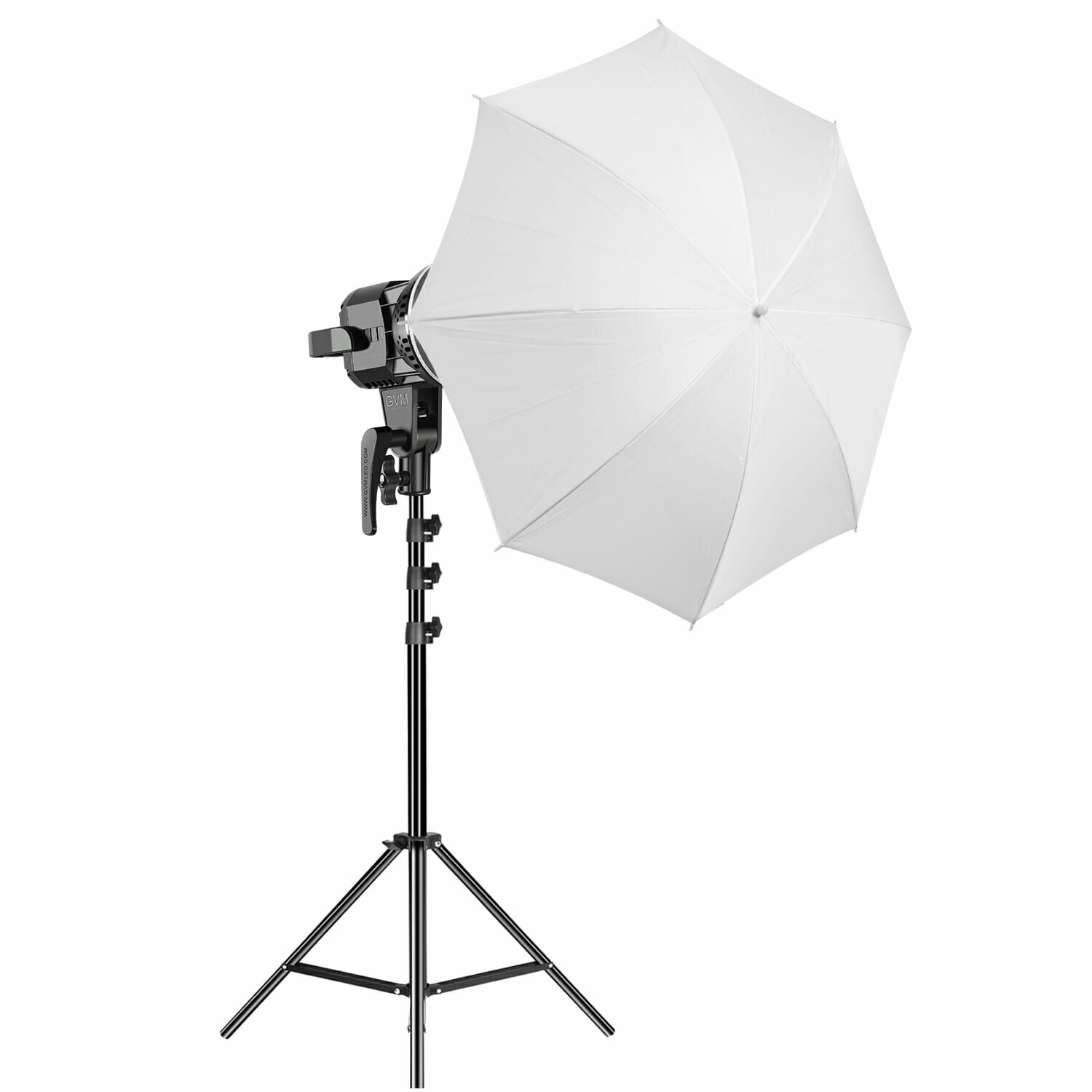 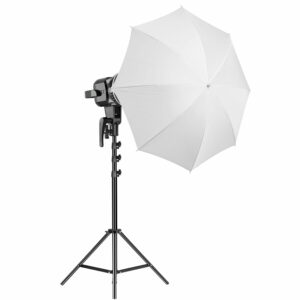 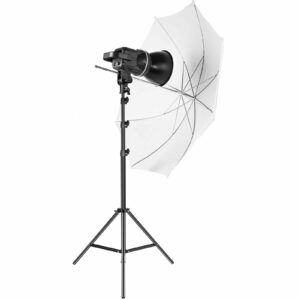 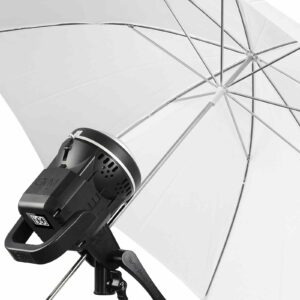 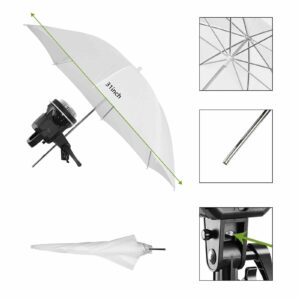 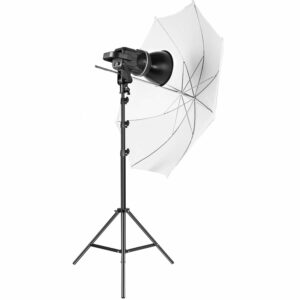 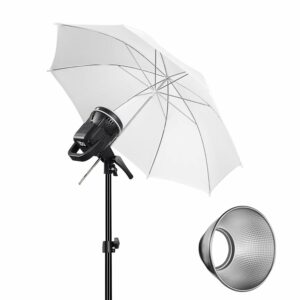 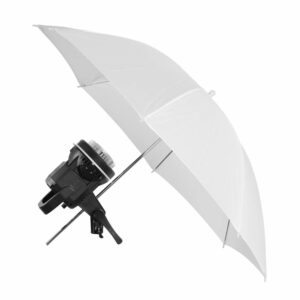 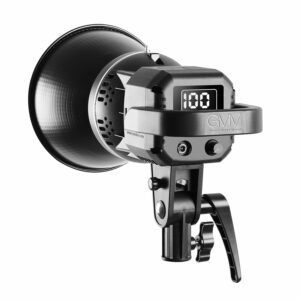 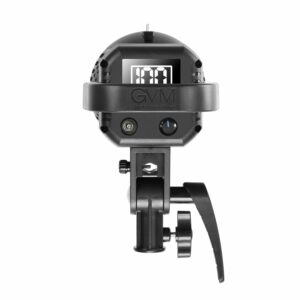 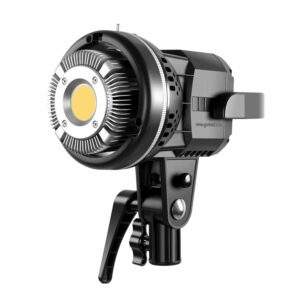 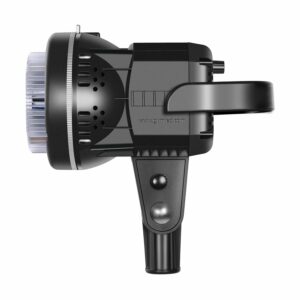 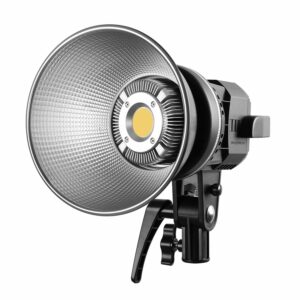 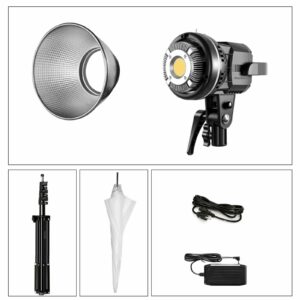 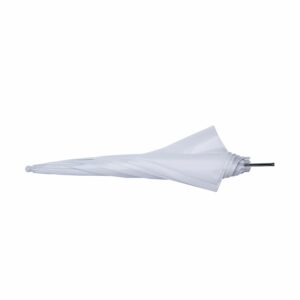 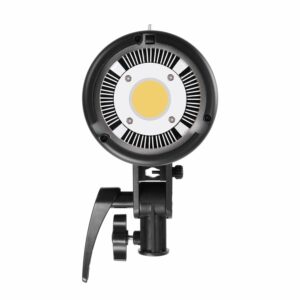 The 1000D RGB LED Studio Video Light Bi-Color Soft Light Panel from GVM is a compact light source measuring just 12.5 x 12.5 x 1.6″. It has a wide CCT color range from a warm 3200K to daylight-balanced 5600K to meet any ambient light challenge, match other fixtures, or just for creative expression. The light’s high CRI rating of 97 is an indicator of advanced accuracy in rendering color.

The 1000D also has an RGB mode (Red, Green, Blue) with hue, saturation, and intensity control for access to a myriad of color combinations for fine-tuning and customizing the light’s output. You can make adjustments on the fixture but you can also make them wirelessly with your smartphone in APP mode via a free download.

The 1000D has a wide beam spread that can be narrowed with the four-way barndoors. Simply swing one or more of the barndoor leaves into the path of the beam to light areas that you want to and keep light from areas that you don’t want illuminated.

The panel is dimmable too, from 0 to 100%. Featuring aluminum construction, the fixture has a yoke that allows 360° rotation for unlimited positioning options. The light runs on 100-240 voltage using the included AC adapter, but it will also run on two optional NP-F-type batteries when mains power is unavailable. The 1000D comes with a soft diffuser and a carry case for storage and transport. 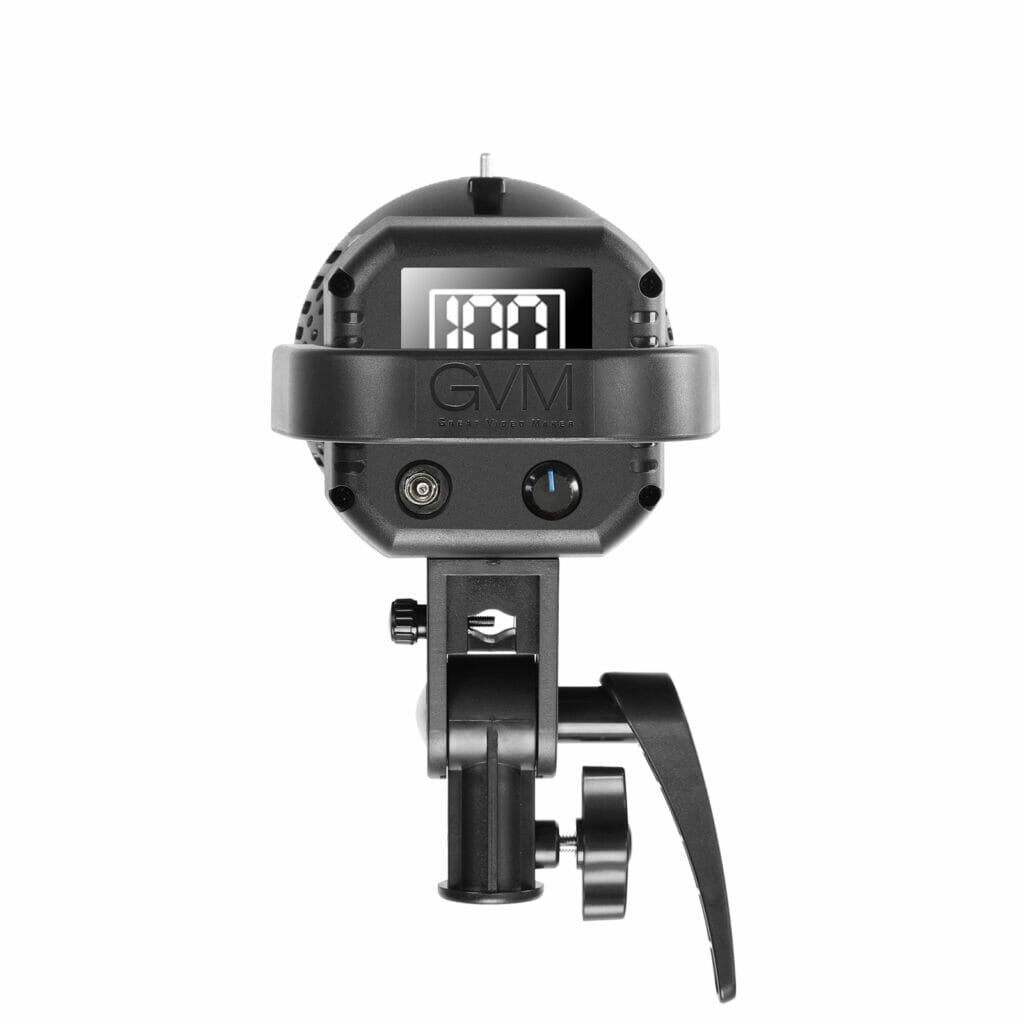 By switching the mode key, you can adjust Master, Slave, Rotate, and APP modes. When in Master and Rotate modes, press a knob to adjust color temperature, hue, color purity, and brightness from 0% to 100%.

The GVM 80W Soft umbrella Lighting Kit is setting-easy for a few minutes. It is ideal for use in studios, not only in portrait shooting, fashion photoshoots, children’s photoshoots, still, live shots but also perfect for video and so on. The light is compact(8.6×4.7×7.8 inches) and lightweight(1.9lbs), 79inch tripod Stand. 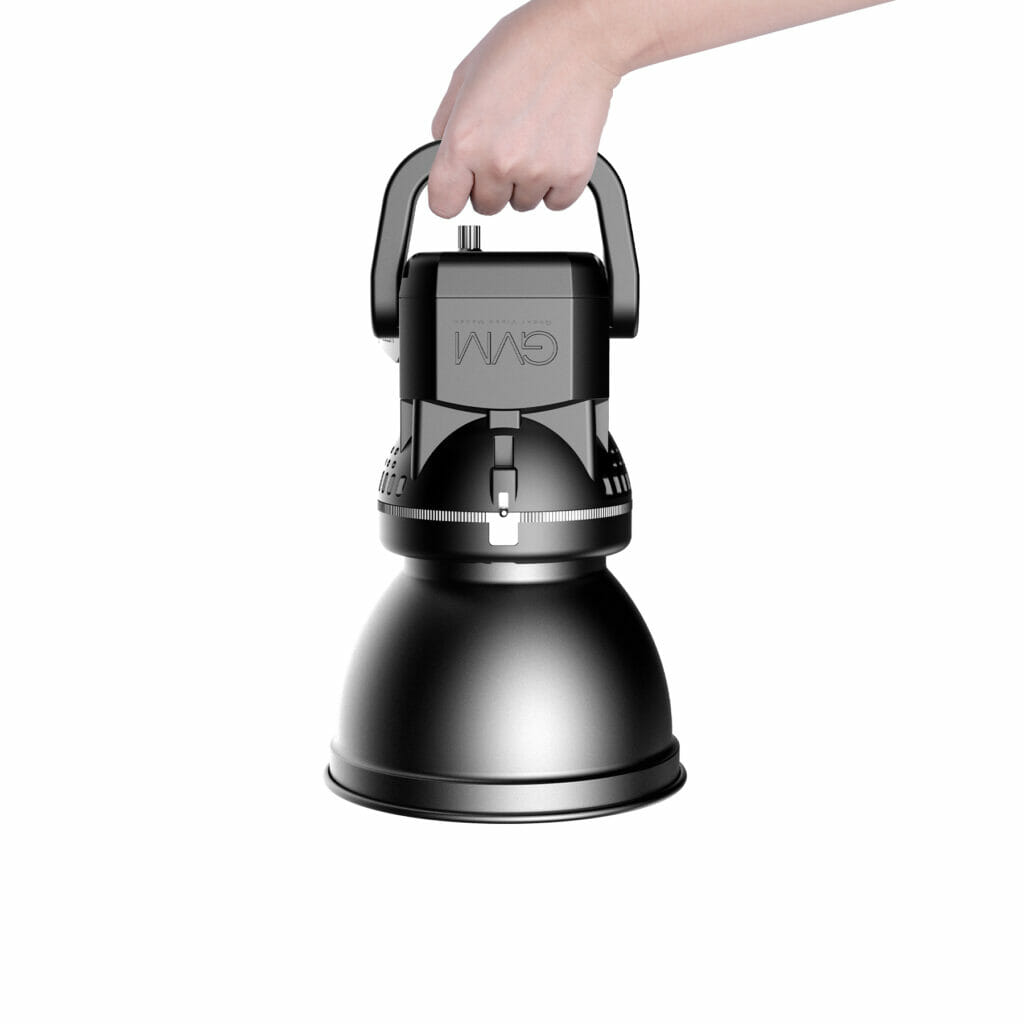 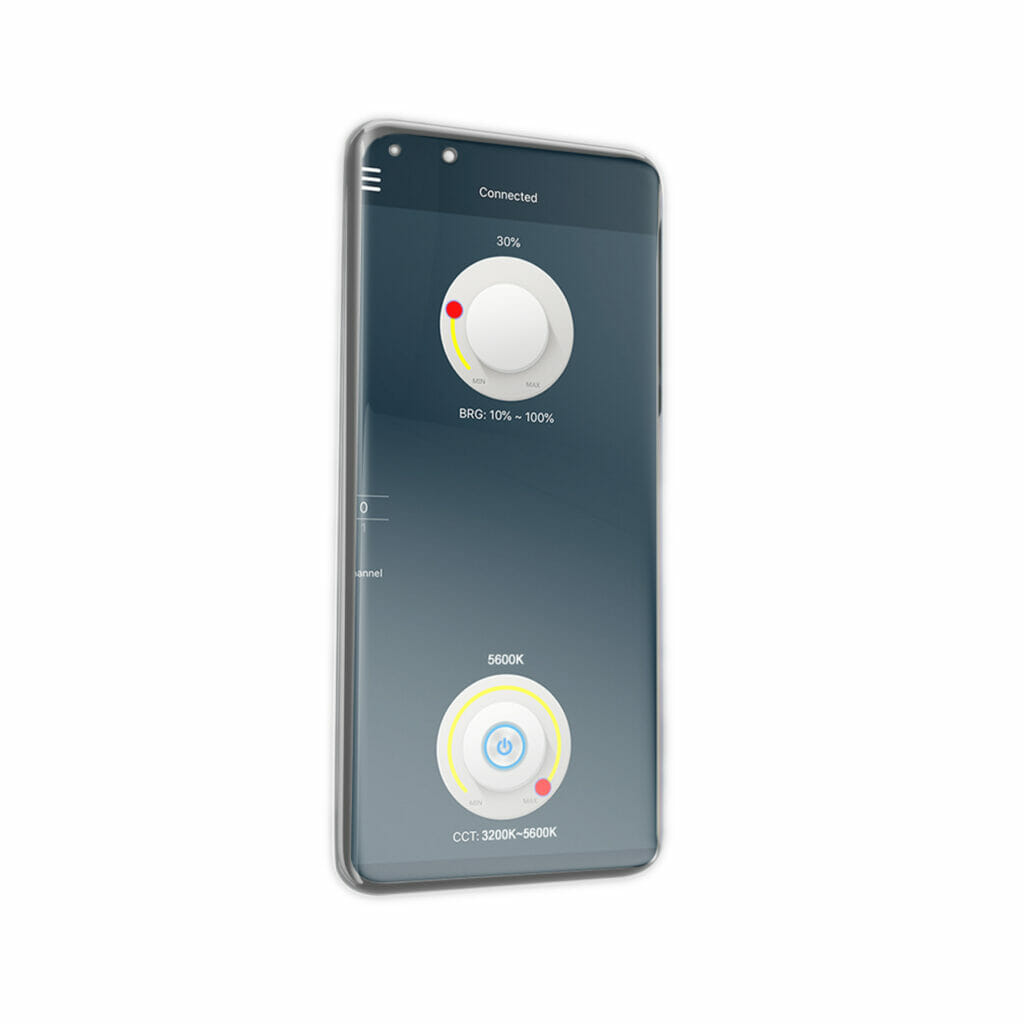 Switching the video light to APP mode connects your mobile phone to the 1000D via Bluetooth. This allows you to easily switch CCT or RGB with hue, saturation, and intensity adjustment as well as 8 scene modes.